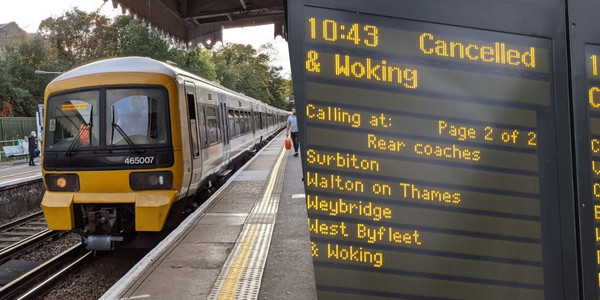 Don’t be let down by the trains this Christmas, book a coach or minibus

It has recently been announced that Christmas eve will see a new set of train strikes as workers at the UK’s largest rail union, RMT, walk out from 6pm on 24th December until 27th December causing a great disruption over the years busiest time.

These new set of strikes will be carried out alongside previously announced walk outs which are also due to take place across four 48-hour periods: 13-14 December, 16-17 December, 3-4 January and 6-7 January.

The strikes are certain to disrupt travel and celebrations over the festive weekend, forcing the nation to look for alternative travel options.

Instead, use the more reliable method of transport and book yourself a coach or minibus. Not only is it the only way to ensure you don’t get caught up in the chaos of cancelled trains, but you’ll also be able to take advantage of the associated benefits:

Whether you were relying on the trains to meet up with old friends, get to a work Christmas party, or even to get you back home for the festive period, SMC Coach Hire is here to save all your plans.

Enquire here for your free personalised quote and make sure you don’t have to cancel any of those Christmas plans you’ve been looking forward to.