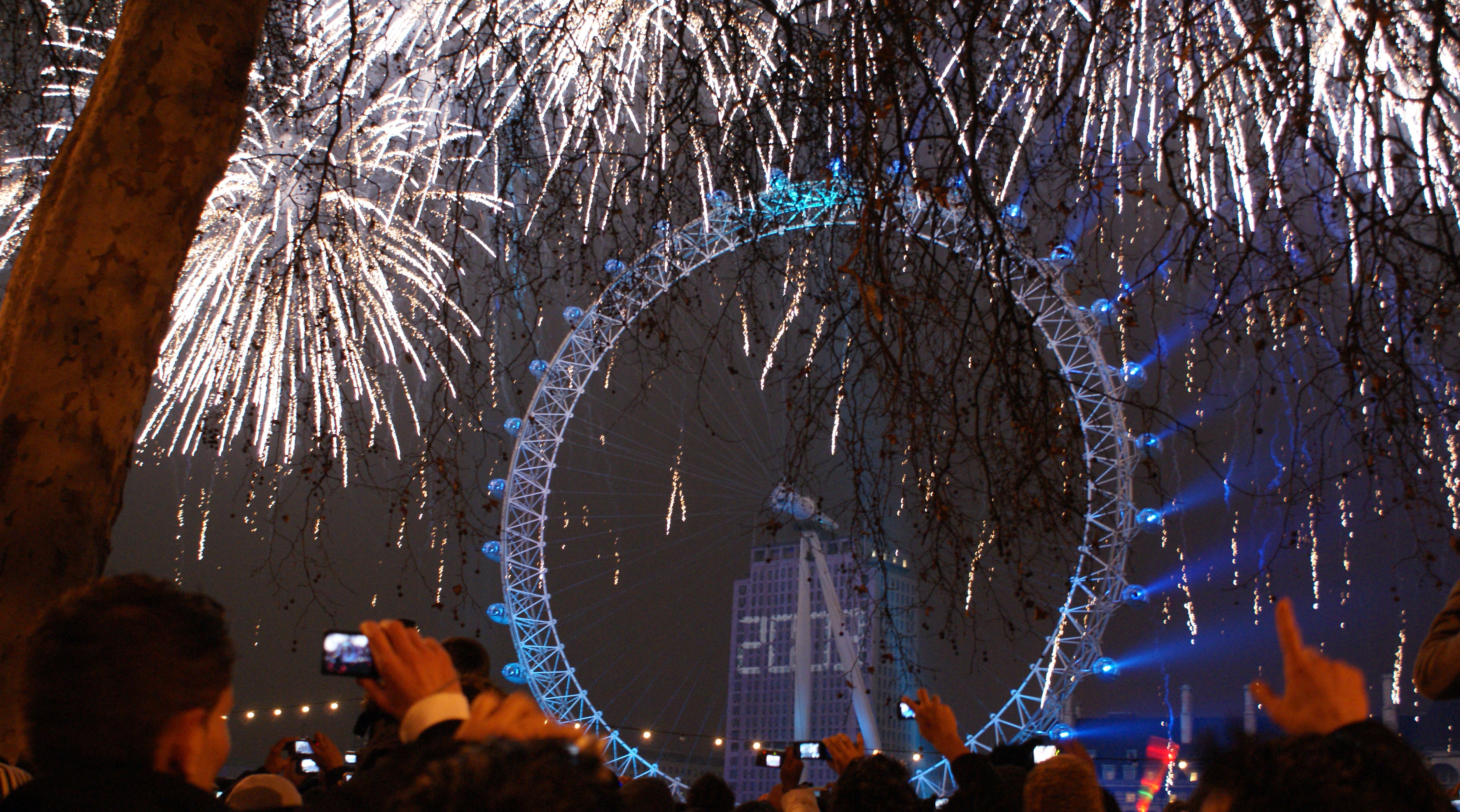 Rather than celebrating New Year’s Eve 2017 on your sofa, why not celebrate it in style. Now is the time to start planning to avoid any disappointment or the headache of rushing around. Head to one of these UK towns and cities on Sunday 31 December. You can expect things like amazing fireworks displays, big-name musicians, parades, fairground rides and plenty more.

Edinburgh is the classic place to celebrate New Year’s Eve. The Scottish city’s take on New Year’s Eve is so special it has its own name – Edinburgh’s Hogmanay (which means the last day of the year). It is a three-day celebration from December 30 to January 1 that showcases some of the best international music acts. The event also includes street parties, live music, DJs, street entertainment and the ultimate fireworks display from Edinburgh Castle. There’s something for everyone, and it’s a NYE weekend everyone should experience at least once in their lives.

The UK capital city is known all over the world for its NYE celebrations and it’s easy to see why. The pubs and restaurants on the Thames are all geared up for the festivities and, as midnight approaches, you can watch the official countdown to 2018 on Big Ben itself, before witnessing first-hand one of the most impressive firework displays in the world on the London eye. It’s even more exciting this year because Big Ben, who stopped ringing earlier this year, will be breaking his silence for the special occasion.

The fireworks that light up the banks of the Thames have become so popular they’re now ticketed. If you’re lucky enough to have bagged a £10 ticket to the London event you’ll have access to the best viewing area on the South Bank.

Newquay deserves a special mention when it comes to NYE celebrations. Pack your superhero outfit and your biggest smile, because all visitors are encouraged to wear fancy dress and outrageous costumes through town for celebrations. New Year’s Eve 2017 promises to be a wild one with plenty of deals on booze and food. At midnight, everyone gathers in Central Square to watch the fireworks and then everyone gets sprayed with fake snow by hoses outside Bar Help. Because why the hell not?

If you’re looking for a family-friendly event, Newcastle’s New Year’s Eve Winter Carnival will be right up your street. A torch lit carnival procession begins at 17:15 and travels via Monument and Northumberland Street. It all finishes at the Newcastle Civic Centre around 17:45 when there’s music, dancing and a big fireworks display. From here you’ve still got time to head back and get the kids to bed, or stay out and party until the next round of fireworks.

If you fancy something a bit quieter to celebrate 2018’s arrival, the Lake District is perfect. You can chill out in a quiet country inn, eat awesome food and look out at the beautiful scenery. On New Year’s Eve, the local taverns are cosy and warm with a smaller crowd that gets downright festive as the night rolls on. You can even go for a pleasant walk on the hillsides on New Year’s Day, provided you haven’t had too many pints of real ale the night before.

For something completely different, why not spend New Year’s Eve 2017 skating on a massive outdoor ice rink in the Welsh Capital? The Admiral Open Air Ice Rink sets the scene for what promises to be a night of good times. The huge skating rink has a clear roof that lets you skate under the night sky without worrying about the weather. Expect bright lights, funfair attractions and live music, as well as a spectacular midnight fireworks display.

The Irish capital is lively at the best of times, but things get taken to another level over the NYE period. Taking place over two days, five spectacular events will rock the capital. You’ll be blown away by world class performers and entertainment alongside live music, comedy shows and various street events. Enjoy performances from some of Ireland’s best talents, featuring none other than Kodaline heading up the bill

New Year’s Eve 2017 in Bristol promises to be big, bold and full of revelry. The city opens up with pubs, clubs, bars and restaurants offering a wide selection of live (diverse) music and some of the world’s best DJs to keep everyone happy until the morning. Plenty of fireworks take place on the city’s waterfront.

Whichever destination you choose, book your minibus or coach in advance and get there with no fuss. Our vehicles range from 8 to 75 seats and luxury vehicles available too.

You can make a booking by filling in an online enquiry form.