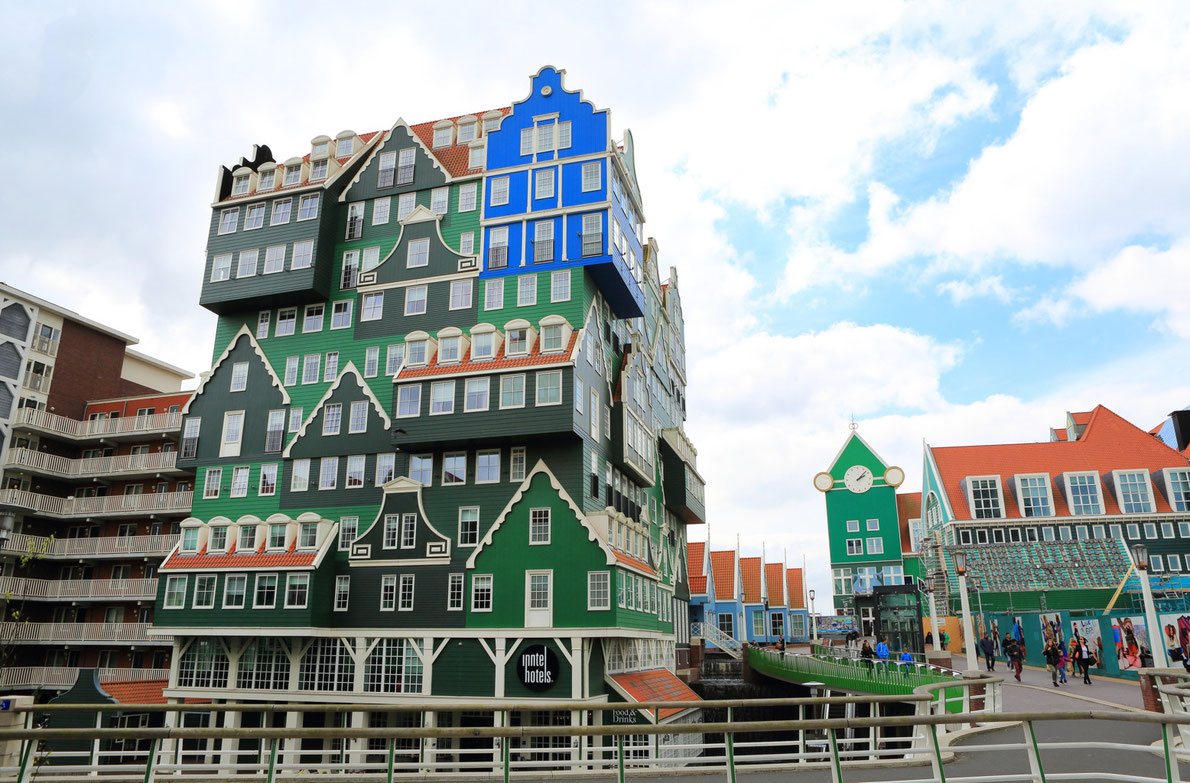 The definition of the word famous is ‘known by many’, so how can these European landmarks never been heard of? I’m sure some of you are thinking, ‘contradiction much!’ However, these are landmarks known by many who live next to them or in the same area; just their status hasn’t stretched much further.

Here is a selection of the most amazing and strangest European landmarks to truly inspire your next holidays.

1.   The Church of Hallgrimur – Reykjavik, Iceland

Hallgrimur is the biggest church in Iceland. Sitting on top of a hill, this ‘rocket shaped’ building is very eye-catching to say the least. It took a staggering 41 years to build. It is the tallest building in Reykjavik (standing at 74.5 meters). The design was intended to resemble the natural landscape of Iceland with its volcanoes, ice caps and basalt columns.
Hotels in Reykjavik

This unusual landmark consists of nine metal spheres which are held in place by interconnecting corridors. The top sphere has a restaurant and provides panoramic views of the capital city (access to this sphere is by lift!). The remaining spheres (which are accessible by escalator) contain exhibition spaces that tell the history of the landmark.
Hotels in Brussels

This absolute breath-taking church has been under construction for over a century! It has entered its last stage of construction, with 2026 as its estimated completion date. Apparently some sources say that this masterpiece of a building may never even be finished! The building is in the centre of Barcelona, and over the years it has become one of the most universal signs of identity of the city and country.
Hotels in Barcelona

One look at this hotel and you can see why it has made our list of European landmarks that are quite different. This 4 star hotel looks like a pileup of traditional Dutch houses, all grafted together in bright green and blues. This visually stunning building offers superb rooms, a wellness club with swimming pool and free Wi-Fi. This quirky building is defiantly worth staying in if you’re planning on going to the Dutch capital.
Stay at Inntel Hotel Zaandam

Tropical islands is the world’s largest indoor beach! Boasting the largest indoor pool and 50,000-plant forest. The former aircraft hanger has has water slides, saunas, steam baths, spas and much more. It isn’t dubbed as the ‘indoors paradise’ for nothing – all under one large dome.
Hotels in Berlin

This masterpiece of Romanticism stands on the top of a hill above the town of Sintra. On a clear day it can be easily seen from Lisbon and much of its metropolitan area. The palace exhibits a blend of Neo-Gothic, Neo-Islamic, Neo Renaissance and Neo-Manueline architectural styles. It is a national landmark which occasionally gets used by important Portuguese government officials.
Hotels in Sintra

This remarkable palace has a rather remarkable story behind it. Ferdinand Cheval, A French postman, tripped on a rock in 1879 along his mail route. He picked up the rock and was so fascinated by its peculiar shape that he was inspired to build the imaginative palace. What’s amazing is 15 years before this happened, Mr Cheval dreamt that he built a palace. Remarkable!
Hotels in Hauterives

It is one most popular art museums in Spain. It is considered one of the most important structures of contemporary architecture. With over a hundred exhibitions and more than ten million visitors, it has changed the way people think about museums. The building is wrapped in titanium panels to capture light. For this reason, the building takes on a difference appearance at night as the city lights reflect on it. Also, when viewed from the river, it resembles a ship and the panels reminiscent of fish scales.
Hotels in Bilbao

Another non-traditional looking church joins the list, the Wotruba Church. Located atop of one of Vienna’s hilltops, the bizarrely-styled church looks like something out of a Sci-Fi film. It consists of 152 naked blocks of concrete that are arranged in a seemingly loose way, opening gaps that are filled with glass and that allow light to enter the building.
Hotels in Vienna

This truly looks like an evil lair from a bond movie. High in the Pyrenees Mountains lies a pointed dagger made of glass piercing the sky. It is one of the world’s most momentous buildings.  It is ironic that one of Europe’s smallest countries is home to Europe’s largest spa.
Hotels in Andorra

There you have it, our list of the best European landmarks but ironically the most over-looked ones. If any of the places mentioned take your fancy for your next holiday with family or with friends, SMC Coach Hire can take you there. We have a huge range of vehicles ranging from minibuses to coaches.